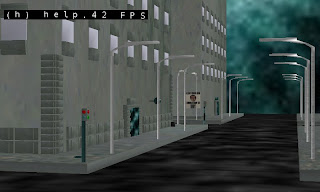 A lot has happened on my engine since my last blog post. Aether3D now converts .x, .obj, .3ds and COLLADA .dae to my custom model format. Objects can have environment map over texture and specular hilight is supported. There is also a lot of shader code, but the shader support is incomplete. Scene is read from a file and can also be saved into a file. There is also basic collision detection using bounding boxes. I also began to make a big test scene. It's also a great way to learn Blender. The scene is very far from being complete. I plan to extend COLLADA support, because it's a good format and also supports bone structure, which I plan to implement later. Objects and meshes have names and it's possible to search meshes by name so that it's easier to modify their properties. The engine compiles now also with MinGW on Windows. Aether3D's website is http://users.utu.fi/tmwire/aether3d
Posted by Timo Wirén at 5:55 PM No comments: Links to this post