I just uploaded the first release of my game engine Aether3D. At the moment it's only good for learning purposes, but I'm actively developing it so it can be used in indie games some day. Get it here.
Posted by Timo Wirén at 9:12 AM No comments: Links to this post

Nearing a release and iOS fun 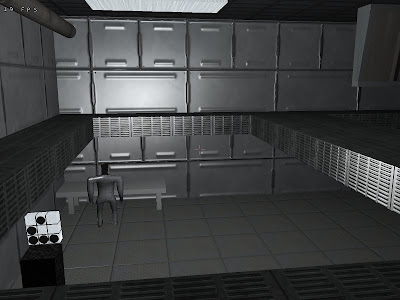 While my new engine Aether3D is not yet as feature-complete as my old engine, I will soon make its first release. The engine now works on iOS. That's right, I tested it on my iPod Touch 4th gen. and it works without any decrease in quality when compared to the other OS's. Porting was very easy. I just created an iOS OpenGL Xcode project and added the engine's GL portion into it. Then I converted the generated file extensions from .m to .mm so that I could use the engine's classes in the test program. My engine's code is in C++, but I had to configure Xcode to compile it as Objective-C++ because texture loading functions and several other functionality now uses Objective-C in the iOS project. Input uses the gyroscope and it was fun to play with.
Posted by Timo Wirén at 8:37 PM No comments: Links to this post